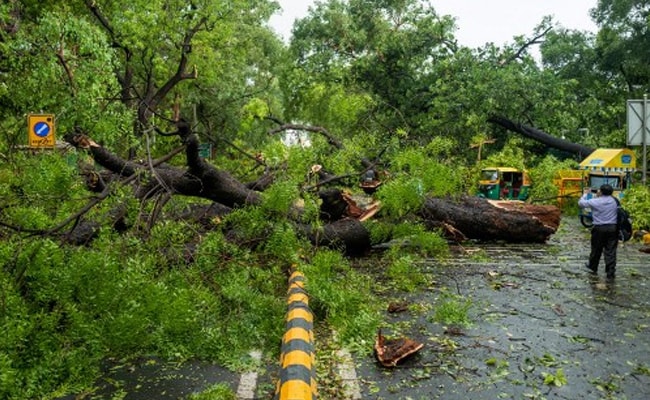 Activists said the number could be higher if illegal cutting is also included. (Representational)

The Delhi forest department granted permission to cut or transplant at least 77,000 trees, or three trees every hour, for developmental work in the city in the last three years, according to government data submitted to the high court recently.

It also said only one-third of the trees transplanted during the period have survived.

They also feared that the project proponents cut more trees than allowed over the years.

The data has been submitted in response to orders on a contempt plea filed by RTI activist Neeraj Sharma through advocate Aditya N Prasad against the concretisation of trees in east Delhi’s Vikas Marg area.

Section 9 of the Act says anyone desiring to remove a tree should file an application before the tree officer concerned for permission with ownership documents of the land and the girth measure of trees at a height of 1.85 metres from the ground level.

Section 29 empowers the government to exempt “any area or any species of trees” from the Act in public interest through a notification.

According to the data, authorities in the West forest division granted permission to cut 8,953 trees and transplant 13,486 trees, the maximum among all forest divisions in the capital, in the last three years.

The forest department granted permission to cut 2,866 trees and transplant 701 trees in the Central forest division during the period.

In a status report dated May 18, the forest department said only one-third (33.33 per cent) of the 16,461 trees transplanted under section 9 of the Act in the last three years have survived.

An affidavit filed by the department on May 31 painted a grim picture of compensatory plantation.

It said the user agencies planted just 1,58,522 saplings as against the mandated 4,09,046 in the last three years in lieu of the trees cut.

According to the provisions of the DPTA, the forest department has to ensure that 10 saplings are planted for each tree felled.

The data showed that a large number of offences registered for illegally cutting, damaging, pruning and concretising trees in the last three years are pending and the offenders have not submitted fines in most cases.

Hearing the petition, Justice Najmi Waziri had on May 20 directed that no tree will be felled in Delhi till June 2, saying the capital cannot have the luxury to allow such “large-scale of denudation of trees” due to the rampant air pollution.