Is There Oxygen On Venus? NASA’s DAVINCI Mission To Find Out 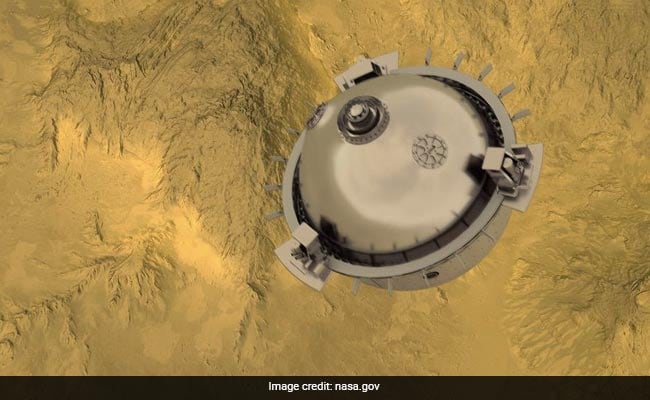 The DAVINCI Mission will carry a button-sized sensor to measure oxygen in Venus’ atmosphere.

The DAVINCI Mission is on course to study Venus, the second planet from Sun, in 2029 to understand its chemical composition and whether humans can inhabit it. A new paper details this daring mission, which will study Venus in unparalleled detail from near the top of the clouds to the planet’s surface.

DAVINCI will be the first mission to Venus to incorporate science-driven fly-bys and an instrumented descent sphere into a unified architecture, according to the new paper. It has been designed to act as a flying analytical chemistry laboratory and will analyse Venus’ temperature, atmosphere and also click a few photos of its trip.

It will also measure the amount of oxygen present near the surface of the planet. This will be made possible by Venus Oxygen Fugacity (VfOx), a small, button-sized sensor. The special thing to note about VfOx is that it will be designed, fabricated, tested, operated, and analysed by undergraduate and graduate students as the mission’s Student Collaboration Experiment.

“Understanding how much oxygen is contained in Venus’ atmosphere will be important in preparation for characterizing Venus-like worlds beyond our solar system with the JWST and future observatories. How much oxygen Venus has in its deepest atmosphere will help scientists study these remote worlds,” NASA said in a statement.

What is the DAVINCI Mission?

Last year, NASA selected the DAVINCI Mission as part of its Discovery programme. It is tentatively scheduled to launch June 2029 and enter the Venus’ atmosphere in June 2031.

The first fly-by of Venus will be six and half months after launch and it will take two years to get the probe into position for entry into the atmosphere over Alpha Regio under ideal lighting at “high noon”, said NASA.

DAVINCI has the goal of measuring the landscapes of Venus at scales ranging from 328 feet (100 metres) down to finer than one metre. NASA said that such scales enable lander style geologic studies in the mountains of Venus without requiring landing.

It has been named after visionary Renaissance artist and scientist Leonardo da Vinci.

Why is NASA sending a mission to Venus?

Venus is often called the Earth’s twin because it is similar in size and density. The two planets may have started off similarly, but there are vast differences between them now.

A mission to Venus will help scientists understand the Earth better. Venus has very high temperature (471 degrees Celsius) with a carbon-rich atmosphere that traps the heat the same way greenhouse gases do on Earth.