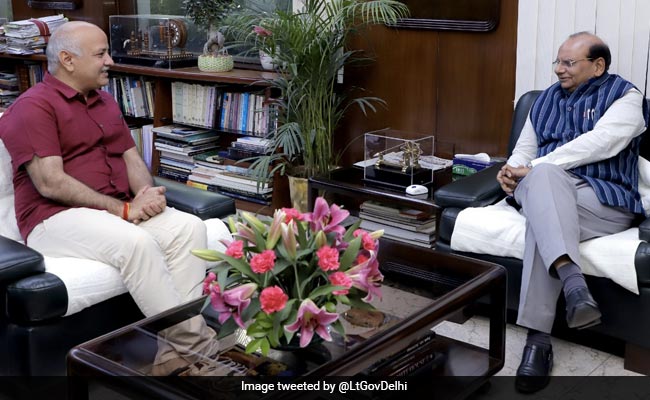 The AAP had accused the Lt Govermor of interference in the affairs of the government.

Delhi Deputy Chief Minister Manish Sisodia on Monday met LG Vinai Kumar Saxena amid allegations of interference by him in the government’s work.

Earlier in the day, a group of AAP MLAs also called on the LG, who took oath of office on May 26.

We discussed various issues pertaining to the development of Delhi and the welfare of its people,” Mr Saxena said in a tweet.

The AAP had last week accused the LG of meddling in the affairs of the government and not focussing on the areas under his control.

AAP MLA Atishi had alleged that Mr Saxena did not act proactively against some of the heinous crimes that took place in the city since he assumed office, but had been “interfering” in the Delhi government’s business.

The issue started last Wednesday when the party accused him of intruding in the Delhi government’s work.

On Saturday, the AAP had again accused Lt Governor Vinai Kumar Saxena of interference and “conspiring” to derail democracy as he visited two Delhi Jal Board facilities and a sewage treatment plant — an action the Arvind Kejriwal-led party described as “beyond the LG’s jurisdiction.”