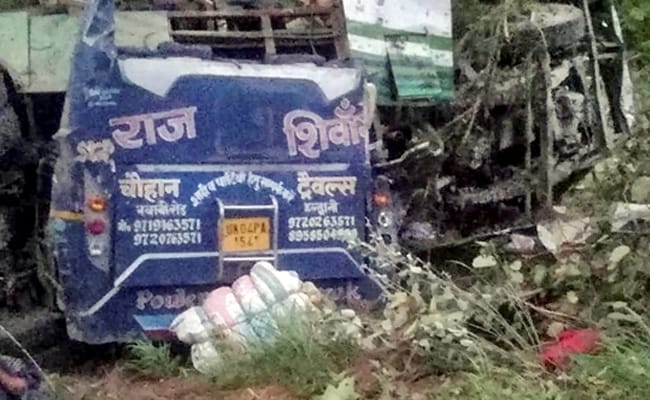 Uttarakhand bus accident: There were 28 passengers in the bus including the driver and the helper.

The death count in the Uttarkashi bus accident increased to 26 with the recovery of one more body, after which the search and rescue operation concluded, officials said on Monday.

A bus carrying pilgrims from Panna district in Madhya Pradesh fell into a deep gorge near Rikhavu khadd en route to the Yamunotri temple in Uttarkashi district of Uttarakhand on Sunday.

Besides the driver and the helper, there were 28 passengers on board.

Four injured people are under treatment while the death count has risen to 26 with the recovery of one more body late in the night, Uttarkashi District Disaster Management Officer Devendra Patwal said.

Pulling out the bodies and looking for survivors in the night was a challenge for the police and State Disaster Response Force personnel, officials in Uttarkashi said.