This is the story of ‘Gandhi of Old Delhi’, Mohammed Ahmed Saifi, whose passion and enthusiasm for cleanliness saw him take on the uphill task of cleaning his neighbourhood, when the established system for the job failed to do so. An act of selflessness that started with a municipal corporation strike, has continued long after the strike got over. For the last six years Mr. Saifi has been wielding a broom in his hands, in an effort to sustain his cleanliness drive. 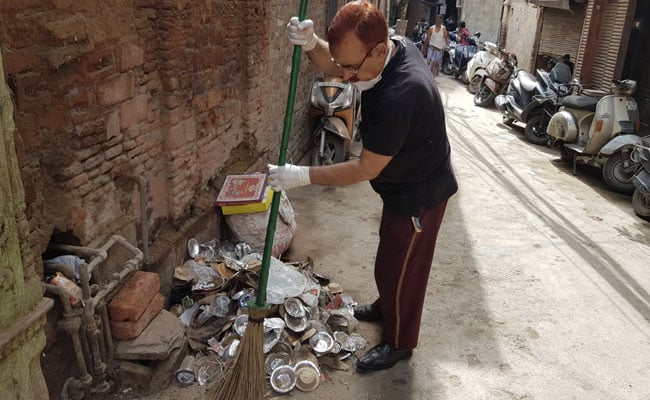 Resident of Old Delhi’s Chatta Lal Mian Gali Bahaar Wali, Mohammed Ahmed Saifi, is not a municipal corporation employee, but he starts his day sounding of a whistle, calling out the residents  to come out and neatly dispose of their household garbage.

Recalling the 2016 strike, Mohammed Ahmed Saifi says, “Earlier, there would be no less than 12-14 piles of garbage here. The garbage was never-ending. The 2016 strike began on January 27. The streets were littered with garbage. That was the day I picked up the broom, and now the neighbourhood is absolutely clean”.

With an aim to keep his neighbourhood clean, the 62-year-old works tirelessly and shows no signs of slowing down when it comes to keeping the garbage at bay. Accompanied by corporation workers, Mr Saifi, has motivated many to join the initiative and clean the streets more than just once a day.

“Do your work in such silence, that the results create all the noise. Let us all be so clean that everyone sees it. We are responsible for keeping Delhi clean, and our neighbourhoods clean,” Mr Saifi says.

His efforts have not gone unnoticed. The locals have been applauding his passion for the cleanliness of the area. “Our area is cleaner than the other surrounding areas. He is working selflessly for others.” 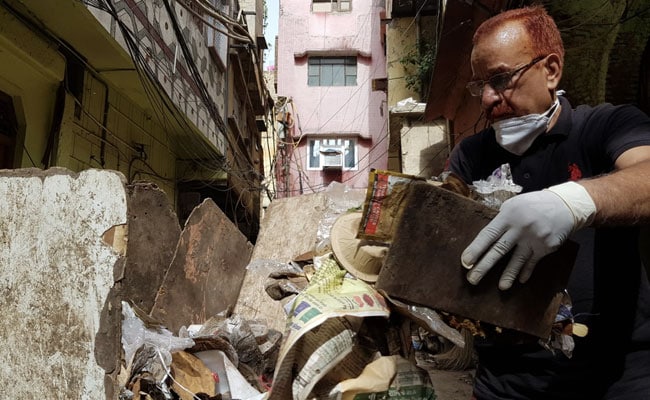 Mr Saifi does not charge any money for the work he does, he bears all the cost himself. Earlier, his family members were not quite happy with his decision, given the struggle to make ends meet. But his determination worked for him. His daughter runs tuition classes and his wife makes trumpets of women’s clothes, which makes it possible for the family to survive.

Shahida Parveen, Mohammed Ahmed Saifi’s wife said, “We used to get upset earlier, we were embarrassed. Now, people laud him as ‘Gali ke Badshah’. We feel very proud, the children too.” 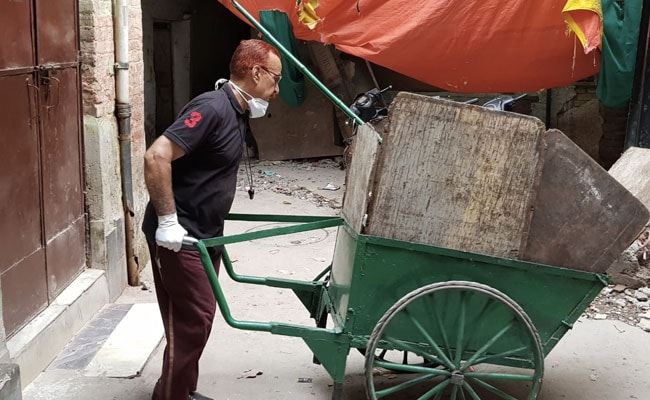 With an estimated population of 5000, these narrow streets of Old Delhi where earlier covered in omnipresent heaps of garbage. It has taken one man’s zeal to transform the landscape of the place, Mr Saifi now wants to expand the drive to include the nearby areas. More power to this swachh hero.