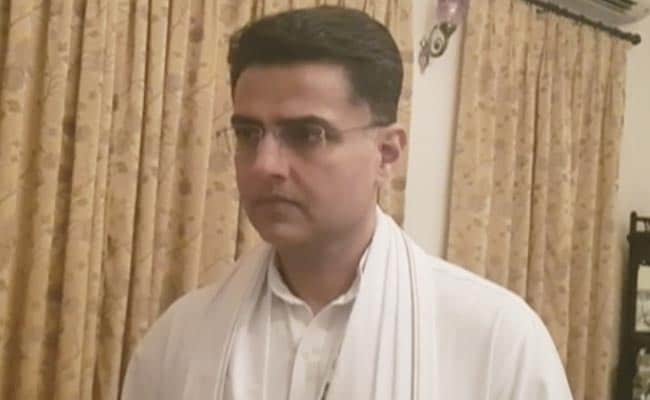 Sachin Pilot took to social media to launch an attack on Subhash Chandra.

Former Rajasthan Deputy Chief Minister Sachin Pilot on Tuesday took a jibe at BJP-backed Independent candidate Subhash Chandra over his claim that eight Congress MLAs may vote for him in the June 10 Rajya Sabha polls, and advised him to withdraw from the contest to avoid being humiliated.

“An advice to the Independent candidate of Rajasthan — Better to be out of the contest before voting on 10th. It is better to be humble than to be humiliated,” Mr Pilot tweeted.

“Unfortunately politics is not like making a TV series where you decide who will do what,” he said, targeting the media baron.

Some advice to the “independent” candidate from Rajasthan – best to bow out of the contest before the voting on the 10th.
Its better to lean towards humility rather than humiliation.

Unfortunately,politics is not like making TV series where you pick and choose who does what!! 😄 https://t.co/ASUsjkvAYt

Earlier in the day, Mr Chandra claimed that eight Congress MLAs may vote for him in the Rajya Sabha polls and asked Mr Pilot to also cross sides.

This would be an opportunity for Mr Pilot to avenge his “humiliation”, the media baron told reporters.

Mr Pilot had rebelled against Chief Minister Ashok Gehlot two years ago, plunging the Congress government in the state into a crisis.

Following the rebellion, Mr Pilot was removed from the posts of the deputy chief minister and the state Congress president.

Mr Chandra has filed his nomination as an Independent candidate for the Rajya Sabha elections to be held on June 10. The BJP and the National Democratic Party are supporting him.

While the Congress with its 108 MLAs in set to win two seats, it requires the support of Independents and legislators of other parties to win a third seat.

Mr Chandra has the support of 33 legislators–30 of the BJP and three of the RLP–and is short of eight votes to win the contest.

The BJP with its 71 MLAs is set to win one seat.