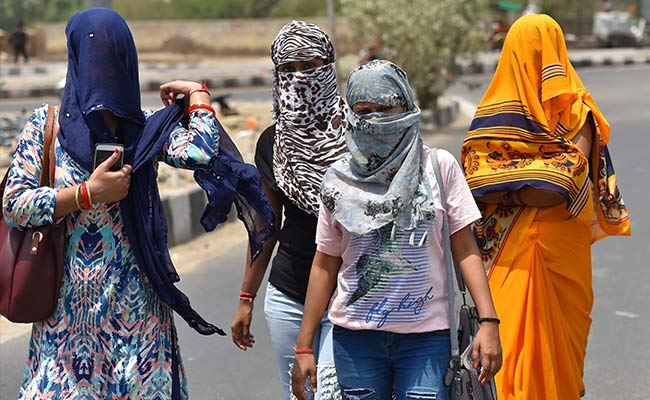 India Heat Wave: Northwest India is reeling under a heatwave spell since June 2.

A few areas in northwest India braved intense heat on Sunday, though heatwave conditions have abated in most places in central and the adjoining eastern parts of the country, the India Meteorological Department (IMD) said.

At least 22 towns and cities in these states reported maximum temperatures above 44 degrees Celsius, the IMD said.

“Heatwave conditions have abated from most parts of central and adjoining east India,” the IMD said in a statement.

However, the heatwave spell in isolated areas of Punjab, Haryana, Delhi, Uttar Pradesh, Himachal Pradesh and Uttarakhand will continue till Monday, it said.

Northwest India is reeling under a heatwave spell since June 2 due to an onslaught of hot and dry westerly winds.

Weather experts said a major relief is likely from June 15-16.

Under the influence of a fresh Western Disturbance and lower level easterlies, scattered to fairly widespread rainfall and thunderstorms are predicted in Jammu and Kashmir, Ladakh, Himachal Pradesh, Uttarakhand, east Uttar Pradesh, Punjab, Haryana and Delhi on June 15-16, the IMD said.

Between June 16 and June 22, the maximum temperatures are likely to remain “below-normal to near-normal”, it said in an extended range forecast.

“No significant heatwave likely over any part of the country during the week (June 16-June 22),” it said.

On the monsoon front, the IMD said conditions would continue to be favourable for the further advance of the monsoon into some more parts of Gujarat, Maharashtra, Telangana, Andhra Pradesh, West Bengal, Sikkim, Odisha, Jharkhand and Bihar in the next four days.

It said the intense rainfall along the west peninsular coast is likely to continue for two more days.

The ongoing spell of heavy rainfall in the northeast and sub-Himalayan West Bengal and Sikkim is predicted to continue for five more days, the Met office said.