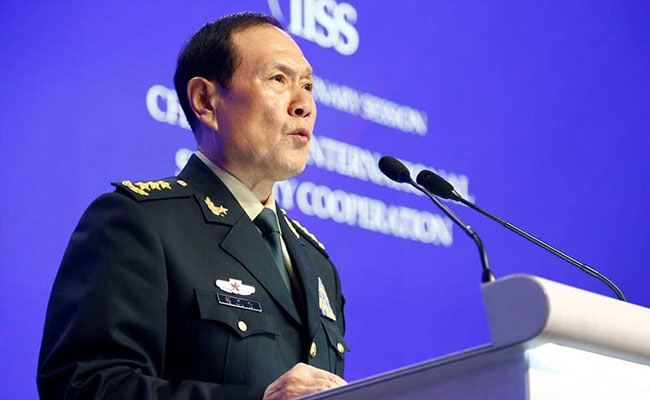 It will be a historic and strategic mistake to insist on taking China as a threat and adversary, or even an enemy, Chinese Defence Minister General Wei Fenghe said on Sunday as he underlined that the China-US relationship is at a critical and crucial juncture.

“China believes that a stable China-US relationship serves the interest of both countries and the rest of the world,” he said while addressing the Shangri-La Dialogue here.

China and the US cooperation is vital for global peace and development, he said.

“Confrontation will benefit neither of our two countries nor other countries. China opposes using competition to define bilateral relations,” he said.

He added that it will be a historic and strategic mistake to insist on taking China as a threat and adversary, or even an enemy.

“Bilateral relations cannot improve unless the US side does that,” he said.

US Secretary of Defence Lloyd Austin on Saturday accused China of causing instability with its claim to the self-governing island of Taiwan and its “destabilising military activity” in the area.

Taiwan and China split during a civil war in 1949, but China claims the self-ruled island as a rebel province that should be reunified with the mainland even by force.

China has opposed arms sales from the US to Taiwan. During talks between Austin and Wei, the Chinese defence minister said the Chinese government and military will “resolutely smash any Taiwan independence plot and resolutely safeguard the reunification of the motherland.” China also claims nearly all of the disputed South China Sea, though Taiwan, the Philippines, Brunei, Malaysia and Vietnam all claim parts of it.

Beijing has built artificial islands and military installations in the South China Sea. China also has territorial disputes with Japan in the East China Sea.

The South China Sea and the East China Sea are stated to be rich in minerals, oil and other natural resources. They are also vital to global trade.