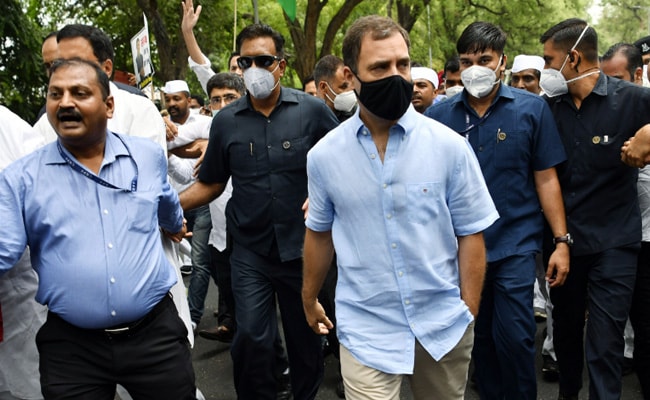 He left the ED office around 11.10 pm after questioning on Tuesday (File)

Congress leader Rahul Gandhi was questioned for over 10 hours by the Enforcement Directorate (ED) in a money-laundering probe linked to the National Herald newspaper on Monday and was called to depose again on Tuesday.

Mr Gandhi, who appeared before the probe agency for the first time for questioning, arrived at the ED office at 11.10 am on Monday accompanied by party leaders including sister Priyanka Gandhi Vadra and escorted by armed CRPF personnel.

The Congress has alleged that the questioning is part of the ruling  BJP’s “vendetta politics”.

Here are the LIVE updates on Rahul Gandhi’s Questioning:

Get NDTV UpdatesTurn on notifications to receive alerts as this story develops.