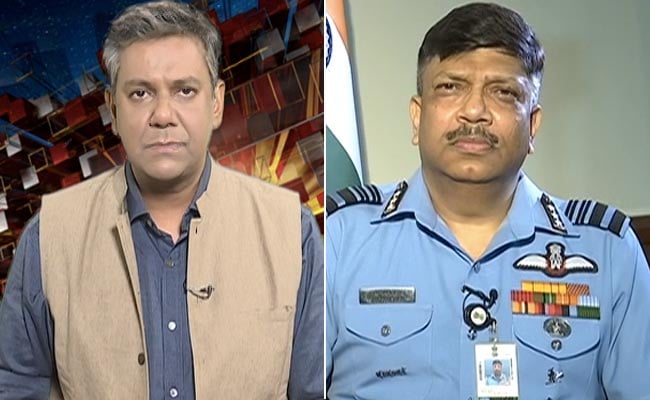 He said that while there were initial apprehensions, the issues have been resolved.

Amid protests and opposition from various quarters, including some veterans and retired armed forces officers, on the recently launched Agnipath recruitment plan of the government, opinion has been sharply divided. While the Centre has called it a “radical recruitment plan” for the armed forces which is primarily aimed at cutting down salary and pension bills and freeing up funds for urgent procurement of weapons, critics have slammed the plan saying the duration of service is too short. There have been massive protests in Bihar opposing the scheme.

Under the scheme, about 45,000 people between the age of 17.5 years and 21 years will be inducted into the services for a four-year tenure. The recruitments will begin within the next 90 days and the first batch will be ready by July 2023.

While talking to NDTV, Air Marshal Sandeep Singh, who is currently serving as the Vice Chief of the Air Staff, said that while there were initial apprehensions, the issues have been resolved. “I can assure you that the skilling process or the training process for the Agniveers would be phased and progressive,” he said.

On the concerns that in the case of the Indian Air Force where very skilled tradespeople like mechanics and technicians — those who handle cutting edge state-of-the-art systems — are trained, can we then afford to lose them after just four years, Air Marshal Singh said they will give these recruits a shorter training, which will basically be a capsule on essential military training and then certain trade or branch-specific preliminary training.

“We’ll send them on the field to use them along with a mix of experienced regular people. Therefore, that detailed training for more complex systems aircraft, where they do deeper operational or maintenance activity, would be done only for those people who will join as regulars after four years of engagement as Agniveers. So, I don’t think there is a big issue with this,” he said.

On the possibility of recruiting from technical institutes as the Air Force is a highly specialised technical wing, he said they are already in discussions with them. “It’s not only us who will tailor our training curriculum, but those institutes will also optimise their curriculum so that these potential Agniveers already come with pre-acquired skills which we want. This will be done pan India so that we get people from all over,” he said.

He stressed that the quality of new recruits won’t suffer just because of the four-year duration of service.

The scheme essentially means that those joining the armed forces in the rank of a Javan or equivalent in the Air Force and the Navy will serve for a period of four years. After that, they will leave the armed forces. They’ll be given a one-off sum of about approximately 11 lakh rupees and after that, they are free to join the civilian sector. The bottom line is that if this does work, the government would end up saving a great deal of money, which could perhaps be used for capital expenses. In other words, the procurement of new weaponry, because India’s budget for procuring new weapons has languished now for several years, but the plan itself has come under a great deal of criticism.

Air Marshal Singh said that women will be inducted “gradually in a phased form in different branches”.

On why youngsters would opt for the four-year service over joining the Central Armed Police Forces or the paramilitary where they can have full careers with a pension, he said that a salary or pension is not the only criteria for the youth to join Agnipath.

“I think that enough survey has been done that there are many people who would find this limited four years engagement more attractive because they will go back with skillsets with the services. And that’s unique. Along with traits of leadership, camaraderie, and teamwork they get when they go back, along with certain certificates which we give them, they will be job-ready. So I think, it would meet the best of both requirements,” he said.

US believes Ukrainians behind killing of Dugina in Russia: Report