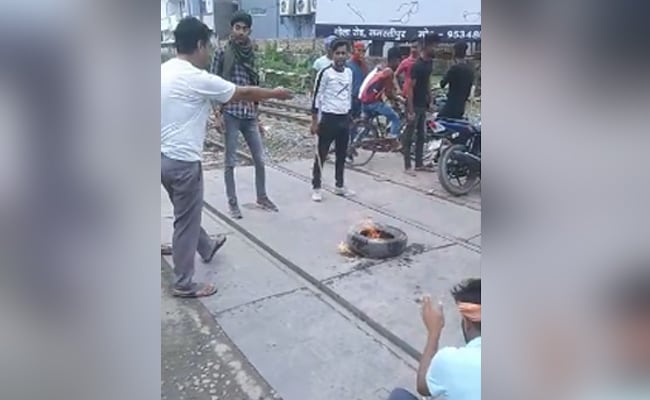 Several parts of Bihar and Uttar Pradesh have witnessed protests.

Protests by army aspirants has escalated and spread to many states, as it entered the third consecutive day today. Mob set trains on fire in Uttar Pradesh and Bihar this morning as the protests over the new military recruitment policy.

The government unveiled Agnipath on Tuesday — calling it a “transformative” scheme– for the recruitment of soldiers in the Army, Navy and the Air Force, largely on a four-year short-term contractual basis.

The age limit for Agnipath recruitment has now been raised to 23 from 21 as a one-time waiver following the protests.

Here are the LIVE Updates on ‘Agnipath’ Protests:

Get NDTV UpdatesTurn on notifications to receive alerts as this story develops.