The basis of every society

Hyderabad: This article will help you deal with questions related to Telangana State in the upcoming government recruitment exams. Here are a few sample questions on Telangana Sociology  that you can practice.

2. What was the system during the early Vedic period?
i) Occupation based classification ii) Hierarchical structure
iii) Mobility from one caste to the other iv) Commensality reels
a. i and ii b. ii and iv c. iii and iv d. ii and iii
Ans: b

5. What was the reason behind the origin of society?
a) Revolution b) God’s will
c) Evolution d) Competition
Ans. c

6. In sociology the word society is used for –
a) The persons living in a definite geographical area
b) The persons of same religion
c) Groups and institution
d) The system of social relationships
Ans: d

7. Which of the following is characteristic of society?
a) Inter-dependence
b) Differences and likeness
c) Reciprocal social relationship
d) All of the above
Ans. d

10) Which of the following is not a secondary group?
a) A peer group b) Labour union
c) Neighbourhood d) Both (a) and (c)
Ans: d 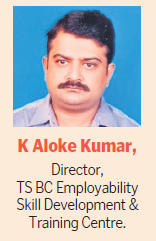