40 Hours And Counting, Rahul Gandhi’s Round 5 Of Questioning Today 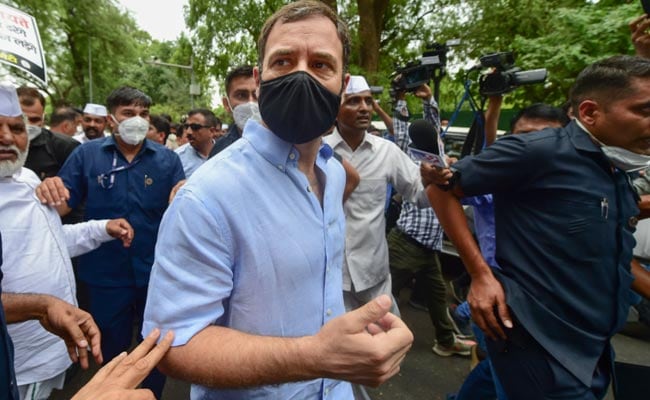 Congress leader Rahul Gandhi is set to appear for the fifth day of questioning by the Enforcement Directorate (ED) today. The Wayanad MP has been questioned for over 40 hours in an alleged money laundering case. His questioning will be completed today, said sources.

Mr Gandhi’s questioning resumed yesterday after a day’s break allowing him to visit his hospitalised mother, Congress president Sonia Gandhi. He left the ED office past midnight after yesterday’s questioning.

Mrs Gandhi, who was discharged yesterday following treatment for post-Covid complications, has also been summoned by the ED. She has been given time till June 23 to appear before the agency in view of her illness.

Rahul Gandhi is being questioned about the ownership of Young Indian Private Limited (YIL) by the Gandhi family and its shareholding pattern in Associated Journals Limited (AJL), which ran the National Herald newspaper, a Congress mouthpiece which has transformed into an online-only outlet.

The Young Indian took over Rs 800 crore in assets of AJL and, according to the Income Tax department, this should be considered an asset of Young Indian’s shareholders Sonia Gandhi and Rahul Gandhi, for which they should pay tax. The Congress has claimed that the Young Indian is a non-profit organisation, so shareholders cannot make any money from its assets.

Mr Gandhi’s questioning last week had become a show of strength for the Congress, with party leaders hitting the streets in the national capital and facing detentions.