Arvind Kejriwal Performs Yoga With Hundreds Others At Delhi Stadium 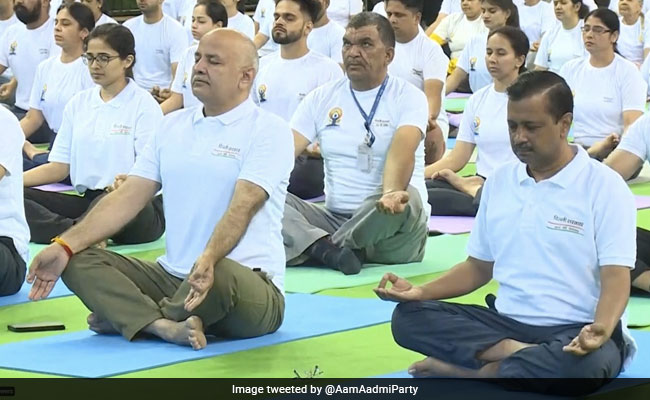 Arvind Kejriwal appealed to people to resolve for practising Yoga and Pranayam every day.

Delhi Chief Minister Arvind Kejriwal performed Yoga asanas along with hundreds of people at Thyagaraj stadium in the city on the occasion of International Yoga Day on Tuesday.

He appealed to people to resolve for practising Yoga and Pranayam every day.

Mr Kejriwal joined members of ‘Dilli Ki Yogashala’ along with his deputy Manish Sisodia at the stadium for the Yoga session.

In a series of tweets he said Delhi government has arranged free Yoga classes, and urged people to practice the exercises themselves and others for living a healthy life.

Residents of the city in groups of 20-25 if willing to practice Yoga are provided an instructor by Delhi government under the ‘Dilli Ki Yogsahala’ programme.