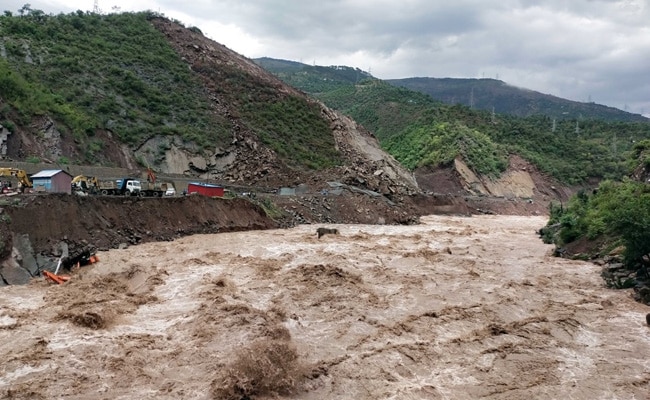 In the plains, several low-lying areas were inundated due to heavy rain for last two days.

Thousands of vehicles are stranded along Srinagar-Jammu Highway after massive landslides hit the NH-44 at multiple places. Officials say it may take at least two days to restore the road for traffic.

Several other key roads across Jammu and Kashmir have been closed due to landslides following heavy rainfall in the region. The higher reaches of the Valley, including holy Amarnath cave, have received snowfall.

At Samroli in Udhampur district along the highway, a major portion of road was washed away due to landslides and flash floods. An under-construction bridge along the highway was also damaged at Peerah in Ramban.

In the plains, several low-lying areas were inundated due to heavy rain for last two days.

The maximum temperature plunged to 15 degrees in Srinagar yesterday. It was the coldest June day in the recent years.

Snowfall was received at Holy Amarnath cave and en-route to the cave. The annual pilgrimage will start from next week on June 30. At Afrawat hills in Gulmarg, 10 inches of snowfall was recorded.

Since afternoon, weather has started improving and water levels receded. The weather office says there is no forecast of any heavy rainfall in coming days.