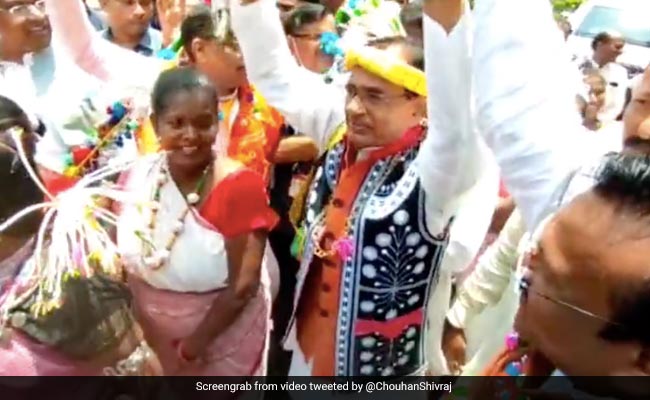 The voting for presidential elections will be held on July 18.

NDA’s Presidential candidate Droupadi Murmu today arrived in New Delhi ahead of the filing of her nomination. She will file her nomination tomorrow.

Ms Murmu was received by the BJP leaders at the airport on her arrival. Opposition candidate Yashwant Sinha will file his nomination on 27 June.

On June 21, it was announced that former Jharkhand Governor Droupadi Murmu will be BJP-led NDA candidate for the Presidential polls. Briefing media after the BJP Parliamentary Board meeting in New Delhi, party Chief JP Nadda said, for the first time, preference has been given to a woman tribal candidate. He said, the BJP Parliamentary Board discussed 20 names for a presidential nominee and it was decided to pick someone from east India, a tribal and woman.

Mr Nadda said that Union Minister Rajnath Singh spoke to the constituents of the UPA but there was no consensus on the name.

The voting for presidential elections will be held on July 18.

Prime Minister Narendra Modi has expressed confidence that Ms Murmu will be a great President of India. PM Modi in a tweet had said that she devoted her life to serving society, empowering poor, downtrodden, marginalised and she has rich administrative experience and had an outstanding gubernatorial tenure.

The Prime Minister added that millions of people, especially those who have experienced poverty and faced hardships, derive great strength from the life of Droupadi Murmu.

PM Modi also said that her understanding of policy matters and compassionate nature will greatly benefit the country.

Former Union Minister Yashwant Sinha will be the opposition candidate for Presidential Election. In a joint statement, the parties said they have taken a unanimous decision on Sinha’s candidature. NCP Chief Sharad Pawar informed that Sinha will file his nomination on June 27.