Airtel To Launch 5G Services This Month, Cover Every Town By 2024 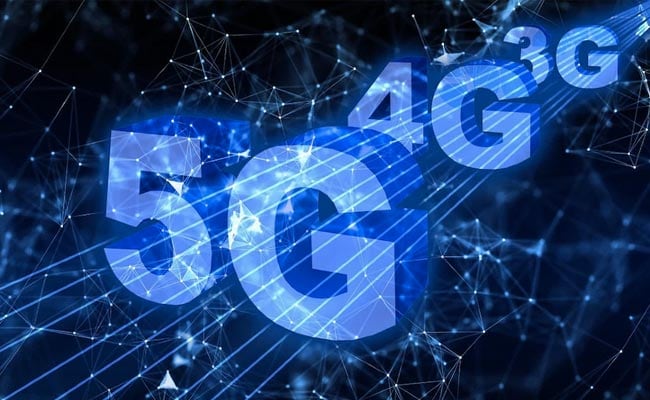 Airtel to launch 5G services this month, cover every town by 2024, says CEO

Telecom operator Bharti Airtel will start rolling out 5G services this month and cover all towns and key rural areas of the country by March 2024, a senior company official said on Tuesday.

Bharti Airtel managing director and CEO Gopal Vittal also said that the price of mobile services in India is very low and needs to go up.

“We intend to launch 5G starting August and extend to a Pan India roll out very soon. By March 2024 we believe we will be able to cover every town and key rural areas as well with 5G.

“In fact, detailed network rollout plans for 5,000 towns in India are completely in place. This will be one of the biggest rollouts in our history,” Mr Vittal said during the company’s earning call.

Bharti Airtel in the recently-concluded spectrum auction acquired 19,867.8 MHz frequencies by securing a pan-India footprint of 3.5 GHz and 26 GHz bands and select purchase of radiowaves in the low and mid-band spectrum for a total consideration of Rs 43,040 crore.

Mr Vittal said the company’s capital expenditure will remain around the existing levels and played down the need for buying premium spectrum in the 700 megahertz band, which requires less number of mobile towers for coverage compared to other bands that telecom operators currently have.

“And once we had bought it we would have had to deploy large power guzzling radios on this band. Not only would the cost have been higher, but it would also have led to more carbon emissions,” Vittal said.

He said that the network deployment in the 700 Mhz band gives no additional coverage compared to the 900 Mhz spectrum band that the company has.

He said that in the US and South Korea where both SA (standalone) and NSA have been launched the traffic on SA is less than 10 per cent of total 5G traffic.

“The third advantage of this mode is that it allows us to use existing 4G technology at no extra cost since we already have the radios and the spectrum that are live on our network. Finally, the last advantage of NSA is around experience – it will allow for a faster call connect time on Voice. In addition, it allows us to provide a faster uplink than anyone else given our massive spectrum holdings in the mid band,” Mr Vittal said.

The country’s largest telecom player Jio claims to have completed 5G coverage planning in the top 1,000 cities and conducted field trials of its home-grown 5G telecom gears. It is the only player that has purchased premium 700 Mhz spectrum.

Mr Vittal said that Airtel has recorded industry-leading average revenue per user of Rs 183 and expects it to soon touch Rs 200 and eventually Rs 300 on account of the increase in tariffs.

Bharti Airtel has posted an over five-fold jump in its consolidated profit to Rs 1,607 crore for the quarter ended June 2022, mainly on account of hike in tariffs compared to the profit of Rs 283.5 crore it had recorded in the same period a year ago.

Consolidated revenue from operations of Bharti Airtel increased by about 22 per cent to Rs 32,805 crore during the reported quarter from Rs 26,854 crore earlier.

The company made a capital expenditure of Rs 5,288 crore in India and Rs 1,088 crore in Africa.